The delay in the Parliamentary vote on the proposed Brexit deal has done little to clarify the shape and structure of the UK’s withdrawal from the EU. But whatever the final outcome of the drawn-out negotiations, it’s clear that, assuming Brexit in one form or another eventually takes place, the post-brexit immigration landscape will be changed dramatically. So what will a radically different immigration policy mean for the business community?

How did we get here?

On 18 September 2018, the Migrations Advisory Committee (MAC) published its latest report, recommending that after the UK’s departure from the European Union the Government should abolish free movement and treat EU nationals and non-EU migrant workers equally. The Government’s forthcoming post-Brexit immigration policy will be heavily influenced by these MAC recommendations.

For many years, the absence of immigration barriers from the EU has given the owners of small businesses an advantage in terms of staffing and HR management. Under the current system, if UK employers want to hire a foreign worker from a non-EU country, they have to commit themselves to the heavy administrative burden of obtaining a working visa.

For conventional work situations, a Tier 2 visa is most frequently issued for non-EU migrant workers. This can only be granted for occupations approved as skilled to Regulated Qualifications Framework (RQF) Level 6 or above – categorised as graduate-level jobs – with a minimum salary of £30,000.

So vacancies available for non-EU migrant workers are limited to jobs requiring high skills and with the minimum salary of £30,000. This salary package may be acceptable for corporations in London or the South East of England, but many small businesses in the rest of the country may struggle to pay salaries at this level.

To achieve the Tier 2 visa for non-EU migrants, employers must also meet the Resident Labour Market Test. In line with Home Office rules, they must place two adverts for the vacancy for at least 28 days, before applying for a visa for a foreign worker (although some exceptions apply). The aim is to ensure that UK domestic workers with the same or similar skills as the non-EU migrant have the opportunity to apply for and potentially fill the post before employers look overseas. 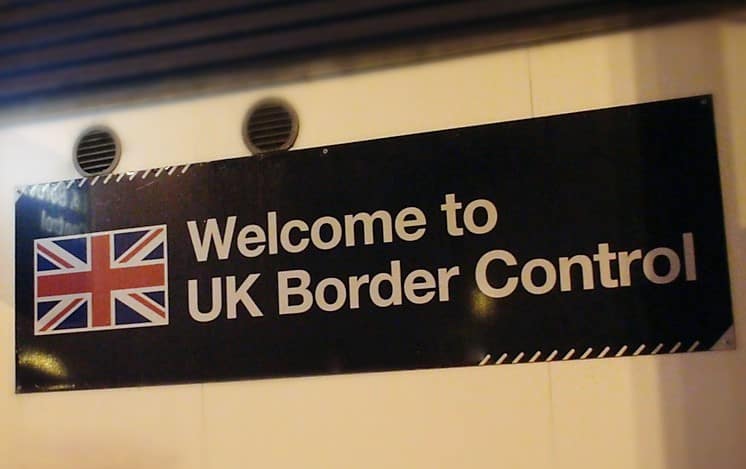 What could this mean for post-brexit immigration?

Post-brexit there will no longer be an influx of free-moving EU migrants; so how can we maintain a good supply of workers and overcome the labour shortage in certain industries?

The MAC suggested that the Tier 2 system should be extended to apply to workers from all over the world, including those from Europe. The Committee also favoured expanding permitted job categories to RQF levels 3, and 4, which include jobs such as health and social workers, and agricultural managers.

However, there is a potential problem with this suggestion, because the MAC proposes that there should be no visa provision for lower-skilled workers – those in jobs below RQF Level 3– such as care workers, hotel and shop workers, cleaners, and van drivers. The exception to this rule will be for seasonal workers in the agricultural industry, but the issue of a labour shortage is not limited to agriculture. Some key workers, such as care workers in nursing homes, are still listed on the lower skilled work category; without a rescue plan from the Government there will be no visa route provided for this work, and staffing to care for an ever-growing ageing population in the UK will be a challenge.

The MAC’s recommendation to scrap the cap in terms of the number of migrants permitted to come to the UK, and to abolish the Resident Labour Market Test, will be welcomed by business communities in the UK. However, other administrative burdens and costs surrounding the Tier 2 visa system will still cause delays in hiring staff with correct skills.

In the post-Brexit UK, even for companies who have never considered issues around employing workers from overseas, immigration is likely to become a much more important factor, particularly as the knock-on effects of the changes to immigration policy are felt by businesses further up or down the supply chain. It may be something that all businesses will need to consider and plan for.

For advice on post-Brexit immigration or any other immigration matter, please contact Naomi Ogo using the form below.